The boring stuff:  19 years old, female, college student
(I don't post my name publicly online out of fear of being recognized.  I have a very unusual and uncommon name.)

It's nice to meet you!  This is my 4th lj, and I'm looking for some new friends to add.  I comment regularly- not every day, but regularly.

To call me different would be an understatement.

Add me if you would like to follow a journal from its beginnings.
I will add anybody as long as you add me first and comment here or at my Friends Only page.
I'm a writer.  My writing varies from poetic to sarcastic and cynical.  I have problems on here with people taking my sarcasm too seriously.  So I would recommend you don't add me if you're a tight-assed, closed-minded prick.  But if you're not, then we'll get along great =)

I comment often, as I see fit.
Uhm....check out my user prof, you will find lots of info.
yeah.

Looking to meet people around the Jacksonville Florida Area......


Im in to all kinds of things,and would love to meet you read my info page if you like what you see add me.

I'm not new to the livejournal scene, but this is a new journal
Lookin for some fresh faces that actually READ journals AND comment. I don't like numbers.

I'm snarky, sarcastic and I have a mouth of a sailor. I'm highly opinionated and I'm also very random.

Party-goer.
But I also enjoy staying at home and reading a good book every now and then and cuddling with my boyfriend =]

I update regularly. I write a lot of rhymes/poems in order to explain how I feel. I write about what happens in my everyday life. Dreams, drunken moments.
I post a lot of pictures.
And I enjoy meeting new and INTERESTING people!

I don't discriminate. Though, I'd perfer we have some things in common so we aren't butting heads if you know what I mean.

Interested?
Then take the time to check out my userinfo or my Myspace which the link is there.

I will not add you unless you COMMENT my Friends Only page and add me first. 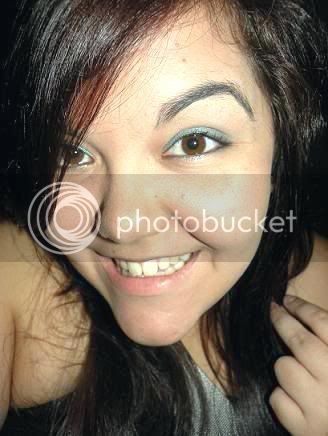 First things first. I just had gastric bypass a few days ago. So, if you are judgmental, close minded or just a basic asshole, do not even bother to continue reading this.

For the rest of you I'm starting a huge new chapter of my life and everything is changing. This is what my posts will be about. I'm more than likely going to post a lot of pictures as well. Over the next few months I will be changing jobs, moving and basically reinventing my life. I cleared my friends list a couple weeks ago and need new interesting friends. So, if we have things in common or you just think we'll get along then please add me!

Here are some basic facts about me. I love all genres of music. Right now some favorite artists are Taylor Swift, Brad Paisley, Lil Wayne, Kings of Leon, UnderOATH, and Damien Rice. I enjoy killing zombies more than I probably should, preferably on L4D or WaW. I LOVE trees and cold, grey, rainy weather. I'm obsessed with Greys Anatomy and One Tree Hill and I do not care how girly or ridiculous you think that is. I am always reading something. Reading is probably one of my favorite things to do, ever. I love anything by Sarah Dessen or David Levithan. I'm pretty simple and I'm nice unless you give me reason not to be. I'm not afraid to speak my mind and will probably do so often. So if you are offended easily I'm probably not the best choice for you. hah. I think thats about all. Comment to be added and such. :]

I'm Katie. I'm eighteen soon to be nineteen. I'm from England. I love music and graphics. I enjoy reading people's journals and I try and comment everytime if I have something to say. Sometimes I get stuck for words to say. :/ Not often that happens though.

I'm looking for interesting people that will read my journal too. People who have atleast three things in common with me. I won't add people who add me because they think I'm pretty. It's not about if I'm pretty but if I am interesting. Interesting enough that you would like to know about my days.

I have a better description of myself in my Friends Only page at my journal. :D

let me introduce to you - sarah or sj, as some people call her
she's witty and sarcastic, and all kinds of crazy in one package
she tends to be lazy at times, and just disappear without a reason - or at times, a really lame one
but she makes up for it, with the random rants that she usually throws around.

photography, fencing, writing, snoozing and photo-editing is her anti-depression
and mushrooms, peanuts, also seafoods - are in her no touchytouchy categories
(maybe coz she hates them... or because she's just allergic to them)

she feels as if she's all alone at times - when all the people around her has friends
some people might not know, but she's been taking therapy sessions lately - people say its the depression and anxiety getting to her
others may think she's a freak for saying that someone who has such an easy life as her - suffers from depression
but she says, who knows - right?

so say yes?
comment here to check her out and befriend her, she doesn't bite anymore :)

Oh hi, I didn't see you there.

My name's....well, call me Whim. I just joined LJ not too long ago for something new. I'm looking for some people to add who will have interesting stories, thoughts, experiences, opinions, etc. I love reading about what other are going through or think about a particular subject, however random or insignificant it may seem. Your trip to the grocery store, how you had to decide between chocolate and honey teddy grahams (honey all day long, btw), yeah that's interesting to me. I can relate to that. I think just because someone doesn't share every single interest as you doesn't mean they aren't interesting. Myself, I'll post about anything and everything. From random stories to life crises. So I won't mind if you do too.

If you feel like commenting on stuff, great, awesome. If not, don't feel like you have to.

Hope to hear from you

My name is Amanda. I am 24 years old and I live in Alabama. I am a college student and pursuing my Bachelors degree in Business Management starting August 24th. I was recently married on May 30 2009 to my boyfriend of 5 years. I am by no means new to LJ. I've had this journal since 2001. Most of my most recent entries are friends only, but all the others from 2001 until about last year are open for any one to read and I have not been able to figure how to change that. So most of the readable entries are immature, have horrible spelling errors and other teenage stuff (not cracking on teenagers here)-- in fact i'd love to read, hear, comment on problems, advice and etc from teenagers OR anyone at that matter.

Anywho, I'd like to make some friends on LJ. It gets lonely writing an entry on thoughts or how your day was and to have no replies. To not even be acknowledged kind of sucks... :0( Just the occasional acknowledgment would be great!

I enjoy music. Mainly rock music and hip hop. I listen to a little bit of country music ( I am from Alabama-- haha) but not too much. I, in the past, have not enjoyed reading, but over the past month or so I've started reading the Sookie Stackhouse series  by Charlaine Harris that the HBO show Trueblood is based off of. I love these books! I'm starting to get the book and the show mixed up with what is actually happening in each one... and of course I love the show TrueBlood-- addicted!!!

I like to use '...' a lot in my typing. I know its bad grammar, but I like to use it even when its not needed.

I do not update LJ everyday, but I do check it everyday!

I do not have a friends only entry (also could not figure that one out without deleting all my older posts)... so if you'd like to add me comment on this post please! If you'd like to see a picture, my icon is me!!
Collapse