Quite frankly I'm getting too old for this. 22 is an odd age. It's kind of like where I am in my mom's side of family. My sister is 14 and she is the closest to me that direction, and the adults are 40+ so I feel like I'm stuck in limbo. I am not really accepted as an adult since I'm one of the "kids" but I'm definitely not about to talk about Justin Bieber for hours either. Don't get me wrong, I love my sister. But sheesh. Diva-town, much? I'll take the next stop.

I'm Alissa. You already know my age. I live in Iowa. I go to college in Cedar Falls, IA. I'm from Des Moines. And my dad lives in Omaha, Nebraska. So I float amongst that triangle: Cedar Falls, Des Moines, Omaha. Of the three, Omaha is definitely my favorite. I'm looking for a job there. Which brings me to: I'm a future cop. You can crack the donut jokes but I've heard them all before. I'm at the stage now where I'm about 2 seconds away from starting to mass apply. Becoming a cop is not your normal interview. This is probably my most stressful time in the entire process which is probably why I have a journal. I gotta vent. I have over 500 hours of ride-along time in major cities and the county where I am from which is just south of the Des Moines Metro area. I Interned there and while interning was involved in a high speed pursuit 100+ mph. The guy hit stop sticks, gave up, and ran his car into a tree. He survived, but I got to help land a helicopter. That was a rush. There's adrenaline and there's THAT. I currently work at the Cedar Falls Police Department where I am basically a paid intern. I assist officers and man the front desk.  I love helping people, but as you can probably imagine, in a college town I have more stories about drunks doing stupid things than protect'n'serve stuff.

I have five younger siblings. Christian is 15. Ashley is 14. Nick is 10. Sophia is 2. And Caden is 1. Caden has a disability. He was pulled out by his head at birth (by a doctor who I would love to meet in a dark alley) and sustained damage to his right shoulder. Two major surgeries later it is about 90% we think, but I can tell it hurts him and bothers him which kills me. We're in the process of a lawsuit which we're told is 110% going to go in our favor. My siblings mean the world to me. I love nothing else to the extent, magnitude, intensity as I love those five kids. Every day with them is an adventure and I try to spend as much time as possible with them. They also drain my wallet. But it's just money. You don't get to take it with you when you die.

I'm a baseball fanatic. I'm quiet, a self-described introvert. It takes me awhile to warm up to things. I never really got into drinking aside from a few stray parties in my early college days where I apparently attempted to climb a light pole and ran around in a corn field from my friends. Yeah. I still haven't heard the end of that one. I am a Midwest girl. I once thought it was lame to be from here but now I'm starting to appreciate it. And no, it's not all corn fields here (not potatoes that's Idaho, try to keep up). Yes, we have indoor plumbing. And actually, no, I don't know a single farmer.

Why am I looking for new LJ friends?
The PD is really boring on a Tuesday morning at 3 a.m. in a college town, trust me. And because I want to! 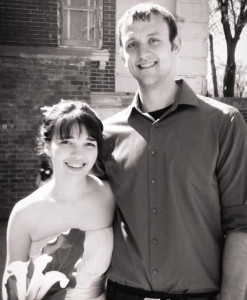 Hi, I am Valerie and I am from South West Quebec. I am French Canadian. I am a diehard Moose-Kateer and I do love everything Jared Padalecki has done. His wife Genevieve Cortese and their son Thomas Colton Padalecki are also an absolute joy in my life.

My friends have introduced me to the Supernatural fandom during the summer of 2011 and I fell completely in love with everything about it. I blew through all the seasons I could get my hands on and have managed to now have almost every Jared film too.

When I am not enjoying my Moose, I like to chat with my online friends. Hopefully we can become great friends and I can infect you with some love for Moose! Despite the fact that I am a straight woman, I am a proud supporter of LGBT rights until the end.

My journal is for friends only. Leave me a comment below or here with a small introduction before adding me as a friend and I am going to add you back without a problem. Thank you very much and I hope to hear from some of you very soon.

It's been a bit...My name is Wendy, I'm 35 (36 in 3 months), I'm 5'0, chubby I mean fluffy. I live in California, I am bisexual and I have a younger girlfriend (11 years younger) and proud of it. I couldn't be any happier with her June, 29 will be 6 months we've been together and we're long distance and I plan on going to visit where she lives next year, because my BFF lives where she does too. I love my girlfriend tons. She is my heart, my soul, my muse, my everything. And I work at Wal Mart as a people greeter and I'll soon be self employed (that will in the LJ cut)

A bit more about me is I am the second oldest out of 3 children. I have a sister who is 7 years older than me and she will be getting published and I have a brother 2 years younger than myself. My sister and I have a very close relationship. Not that close. lol I still live with my parents sue to some medical problems and my mom likes to keep an eye on me. I am hearing impaired (completely deaf in my left ear and have about 75% hearing left in my right ear), I also have a anxiety disorder with agoraphobia, I'm also severely paranoid and am claustrophobic.

Now I will put my likes, dislikes, etc under an LJ cut.

I love a lot and the list can go on. lol

I've come here to scout for new friends, as my F-list has become rather quiet.

My name is Lara, I'm a 22 year old college grad living in south Texas. I've lived in the same general area all my life, but can't say I love it... I hate the heat! I studied anthropology (focus in archaeology) and world religions (I am atheist myself, but I wholeheartedly believe everyone is entitled to their own beliefs). I live with one of my best friends, Roxie, and our dogs Daisy (hers) and Duke (mine). And no, we didn't mean for them to be "Daisy Dukes" together! I groan when I think of it, haha.

I work part time at the city library, and it's almost the perfect job for me. I read all the time, mostly nonfiction, but right now I'm seeing what this new "Divergent" series is all about, and am testing the waters of manga (Claymore and Dragon Ball Z). It's silly, but I like it alright. I'm pretty much obsessed with the A Song of Ice and Fire series (A Game of Thrones on HBO), and am pretty into fantasy stuff (not sci-fi!). I played Skyrim for about a year straight before I finally allowed myself to finish it, and am currently playing Dragon's Dogma, which I'm pretty pleased with so far. I often like to pretend I'm a professional interior designer and photographer.

I also have to mention that I love traveling. My parents started it-- we used to go camping in Wyoming, skiing in Colorado, and hiking in Big Bend all within the span of two years, from when I was about 4 until I was 16. I've been to Europe twice, once with my high school, and the second time with three friends on a three-week, eight-city trip that I planned entirely myself. I went to Belize once, for archaeology field school my junior year of college. We dug up skeletons from a graveyard on a tiny island for a month and it was probably the coolest experience I've ever had.

I've been on LJ for about 6 years now (whoa, time flies) and post generally 2 or 3 times a week or so, just about general stuff that's going on in my life, sometimes with pictures. I always read every entry every friend makes, though I only comment every once in a while. But I promise, I am reading!

Hey there! I'm Marlana. Looking to make more friends. My livejournal has been a little quiet lately. Anyway, I'm a 28 year old Michigander. I work in retail, and am returning back to college after taking a year off (and not to do anything fancy like backpacking).

I post mainly about the goings-on in my love life. I will admit, that's a big part of what I write about, seeing as this is actually the first time I've put my heart out on the line for anyone. Its a pretty big deal for me. I also post about work, my adventures with friends, Detroit Tigers baseball, and my Dad's heartbreaking struggle with Alzheimer's Disease. Occasionally I'll post something relating to religion/spirituality or politics. I go through periods of time where I post maybe once every couple of weeks (just assume I'm feeling overwhelmed with life, or there literally is nothing going on, and I'm waiting until I experience something worth sharing with all of you before I post), and then times where I post several times a week. Even when I'm not posting, I make sure I'm still reading. I don't expect a comment on every entry, since I don't do it myself, but something every few entries or so would be nice. I'll do the same. I want to attempt to form a friendship.

All I ask is that you be over 18 years of age, have some common interests, NoT TyPE LyKe ThIS, and write mostly in English, as I am not bi-lingual or whatever. Also, please don't delete me from your friend's list, only to re-add me when you see I'm active again. I have a life outside of the internet that I try to stay engaged in, just as I assume the same for you. However, I do not care what your sex is, what your "sexual preference" is (isn't sexuality somewhat fluid anyway?), or what your religion is. I don't even care what political party you vote for (for the record, I'm a moderate who at one point voted for the candidate, but the last few years has pretty much voted for one party). Anyway, really looking forward to meeting all of you. :-)

P.S. That is indeed me in the icon!
Collapse