Hey everyone! I've been on LJ for several years but only got into it again recently. Looking for some friends with open minds and similar interests or those who are interested in my journal. I haven't written much yet, but I plan on including my experiences with life and mental health, my growth as a person, and whatever else I feel like writing about.

I'm a 19 year old female feminist from Long Island but I live in Vermont to study psychology. Mental health is important to me as well as removing the stigma of it.

I like alternative and some rap music. My favorite bands are Envy on the Coast, Saves the Day, Say Anything, and Forgive Durden. My favorite shows are Bob's Burgers, Twin Peaks, Modern Family, and RuPaul's Drag Race.

I also like to learn about other people and their experiences. I spend a lot of my time thinking about what's in and beyond the world. Super into astrology (Aquarius), the paranormal, and whatever is bigger than our skin. I love talking about life with others and learning from those conversations.

My journal is friends only so comment if you think we'd get along and want to add me so I can add you back!

Haven't done this for a couple of years so thought I'd pop my head in to say hi and put the word out...
I'm 38
Male
From NZ
Into music (playing and listening), modular synthesizers, The Walking Dead, Game Of Thrones, True Detective, Mad Men, Hannibal, drone/doom, music gear, and the eclectic assortment of interests on my profile page.
I get up to a bunch of reading, movies, the odd video game, and general mischief.

I do medical case review and underwriting so my days are mixture of dry research with fascinating medical curiousities.

I tend to read other people's posts more than I post my own at this point but I've been on LJ since 2001 (for some reason my archived LJ starts in December but I've been on a bit longer than that) so I have spurts of writing and spurts of inactivity.
Back here looking to inject a bit of life into my friends page.

In terms of what I post about, it tends to be a mix of my day to day, my obsessesions (modular syntesizers, music stuff, tv shows I'm watching, etc), and general stuff that's going on.

Livejournal has been so sweet. I'm here for 4 years and the one thing I like the most about it is that you can meet people who share the same intersts as you right where you are without moving from your place. It's magical I tell you. So, let me write a thing or two about me.

I'm all about work out, I'm a pilate POPstar. Yoga, langauges (Japanese and French), felt creations, mainly plushies, books, positive talks, healthy living, a few beauty tips, stopmotion animation, some movies and a major Disney freak. I'm bright and carefree, like encouraging others. Not good with guys and things usually end messed up. I love turtules and dogs but don't have any pet. Always look at the bright side of life.

I love reading people's stories. I'm mainly interested in females. If you share the same interests as I do then that's even cooler. I'm interactive (livejournal wise) post, comment, reply back and all, would love to get such friends cause honestly people, discussing about it is all about fun. You don't have to write on every post all the time, and of course if you don't have any thought about it you can leave it, all I'm saying is to show that you are here (alive?! ;P) once in a while. He! He! He! I rather have few friends that I know them very well than bunch of random big amount of people who don't know why my story is showing up in their friends page.  Also, those who are adding just to enlarge their friends circle for comments might as well don't add cause people, where's the sharing and exchanging if you're not involved in discussions?! Seriously!

I don't do religious or politics posts, you are free if you're anything of that sort but hopefully I won't see any. Respect and being kind is all I ask. Too many rules gives a headache and nobody wants that =P with that being said this post came to an end. See your story at my friends page lovely people *hint*

I love my friends... but I need some new friends! New year, new friends, right? Yes.

I've recently come a long way dealing with anxiety, depression, insomnia, and anorexia. I have emotional/bitchy posts sometimes, so if you're not okay with reading those or aren't interested, then please do not add me. I am a work in progress. I have many awesome things to offer any new friends, however!

I am the type that comments as much as possible, and would love an avid commenter/reader.

☆ The Gyllian Flynn series (Gone Girl, Dark Places, Sharp Objects)
☆ The Memory Keeper's Daughter
☆ Go Ask Alice
☆ 13 Reasons Why
☆ Promise Not To Tell
(So many more, and one in progress.)

I've been grungy my entire life. Changing hair colors; I've had every color under the rainbow and then some. I've always been sort of a punk... a sloppy, imupulsive, musician with mental issues. I have complex PTSD (don't let that scare you away!) from all kinds *eh em* of abuse starting at age 5. But I am a happy, healthy person... and I want to share my struggles, triumphs, laugther, mistakes and feeling bored... with YOU!

Take a gander at my profile... maybe that'll give you a better idea :D There's a lot of interests in there...

Hey. My name is Sara and I am an actress living in Milwaukee, WI. I am very new to LJ. A lot of my friends have moved to other cities and I find myself feeling lonely..which I do not like. I want to find some cool buds to chat with about anything.

About me:
umm..
I'm 25.
Graduated with my BA in Acting form UW-Milwaukee.
Been working professionally around the country.
I work at a coffee shop for my day job and love it.
2014 sucked major donkey dick. I had a failed engagement and after that I lost another man that I fell deeply in love with (he left me 3months ago. Since then: he's gotten a woman pregnant, fell in "love" with her and got married 2 weeks ago). Been using LJ to help me with my thoughts and the moving on process.
I watch 30 Rock/House of Cards/Game of Thrones religiously.
I would like to move out of Milwaukee, but don't know where..HELP!
Live with my parents right now and the lack of privacy is KILLING ME.
Love to bike..when it's not snowing out.
Rock climbing is my jam.
Favorite movies would be: Goodfellas, Gone with the Wind, All about Eve and Django.
Love beer. All the beer. beer. beer. buuur.
I run...but only as far as my little legs will carry me. I usually give up and walk the rest. working out bores me unless I'm with a group of people. Then I get competitive..and that's another story.

Trying to figure my life out and what makes me happy. 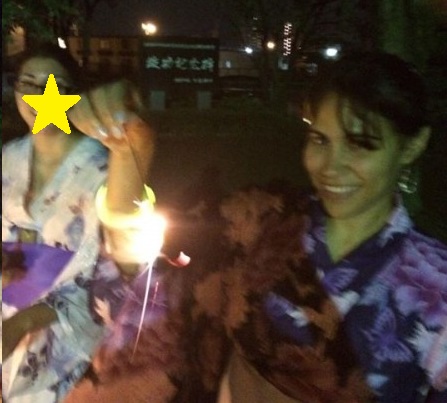 Hello and Happy New Year! I've developed a lot of new hobbies during 2014 and would like to start 2015 by meeting new people with similar interests! I'm originally from Puerto Rico. Spanish and English are both my primary languages. I also dabble in Japanese and have moments where I recall French. I love languages. Lately, I'm really big on fitness and am in the process of training myself for my first marathon. Dancing and Yoga are other forms of fitness I've recently taken up. I'm proud to say that I've dropped from 90kg to 57kg! I've been teaching myself how to cook real meals as well!

What else is there to say about me? I used to be a heavy drinker then gave it up completely. I was sober for a good five months and have only recently started dabbling in it again, here and there, but now I have plenty of control. I'm constantly asking questions. Why why why why why how? I'm the type who prefers honesty, even if it momentarily stings, over white lies that last months. I dislike drama and am quick to remove anyone who brings it in to my life, out.

I don't really write about fandoms, as I don't really have any aside from Shingeki no Kyojin (Attack on Titan) and Doctor Who. They occasionally get a mention, but my journal is for the most part a daily-life journal with tons of pictures. Feel free to chat with me a bit before deciding if you want to add!

Hi, I'm Lenny, aka twilllsey. I'm an on-again, off again el jay user. This journal isn't new, but it has sat abandoned for several months. I'm aiming to keep a record of each day this year, just to have something to look back on in the future.

I'm a 25 year old graphic designer, artist and crafter. This year I'll be working on turning all of that into some kind of job. I train in swordfighting, and hope to join my local roller derby league. I live with my boyfriend, cat and dog. I share a lot of music in my journal. My favourite bands are Closure in Moscow, letlive., Defeater, While She Sleeps, Brand New, Say Anything and Moving Mountains.